Amongst my graphic design classes and student council work, there is still one big factor of my high school career left: Digital Media Development 11 (DMD 11), a multimedia class focusing on topics ranging from photoshop, video editing, and digital music creation to more complicated topics like flash animation, website design, and 3D modelling. In chapter 8, I briefly noted my video work in DMD 10, a prerequisite to DMD 11, and after resonating with and immensely enjoying the class, I would go on to take DMD 11 and DMD 12.

After taking DMD 11 for a month and a half, creating a handful of Photoshop pieces and learning how to design magazines, it was time for the class’ midterm project: using Photoshop and InDesign, create an album booklet of 6 pages minimum, including a track listing, song lyrics, and visualizers, as well as a back-cover, with the intent to put the final product into an actual cd case, provided by my teacher, as shown below.

So the first step would be to choose songs, of which they had to fit under 2 requirements: have lyrics that would be able to convey a visual image that I could feasibly create, and have an overall message that would fit within the context of my album. Which meant that before I picked my songs, I was going to have to figure out what the context of my album was going to be, and use that theme to figure out what the visual style of the album would be. With so many possibilities to consider, this ended becoming a long and tedious process, taking several weeks as I tried and scrapped various ideas and approaches to this project. Eventually, I hit the jackpot, coming up with an idea that would be visually intriguing, as well as one that I had a personal attachment to. It happened to be February 2016, and a month later the HTC Vive would release to consumers, and shortly after, so would the Oculus Rift, marking a new era in technology. I have been following the promise of VR for nearly my entire life, always seeing it as something that would happen in the future, and now that it was actually here, I played with the idea that the the future was here as well. Thus, all of the song visualizations would feature an image split into three sections: reality, or the past, a visual representation of digitalization by corrupting the image, representing the present, and a low poly version of the image, representing the future. And the title of the album? Digital Reality, playing with the idea that as we move towards mass adoption of VR, we begin to loose touch with our reality, living our lives within a digital realm. 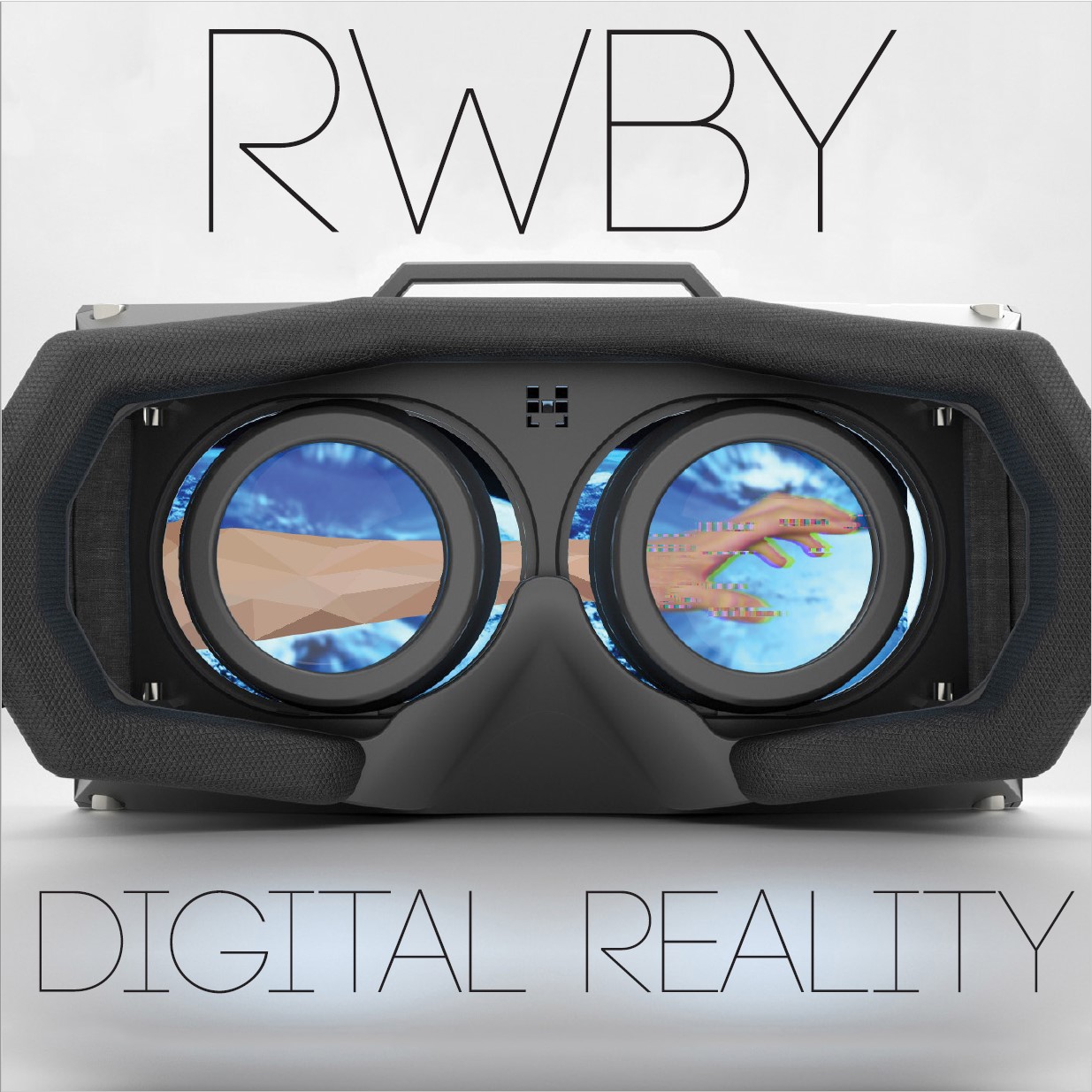 At the time, a YouTube animation series produced by RoosterTeeth titled RWBY was a series I enjoyed following, due to the imagery, symbolism, and visual iconography that the series made use of. For example, RWBY stands for red, white, blue, and yellow, the colour themes of the four members that comprise team RWBY, with the four members being an artistic Japanese spin on classic fairy tale princesses; Little Red Riding Hood, Snow White, Belle, and Sleeping Beauty. This idea absolutely fascinated me, causing me to name the album’s band after the series, and using the red, white, blue, and yellow theme throughout the album, from the four band member’s colour palettes to the background colours of the visualizers. 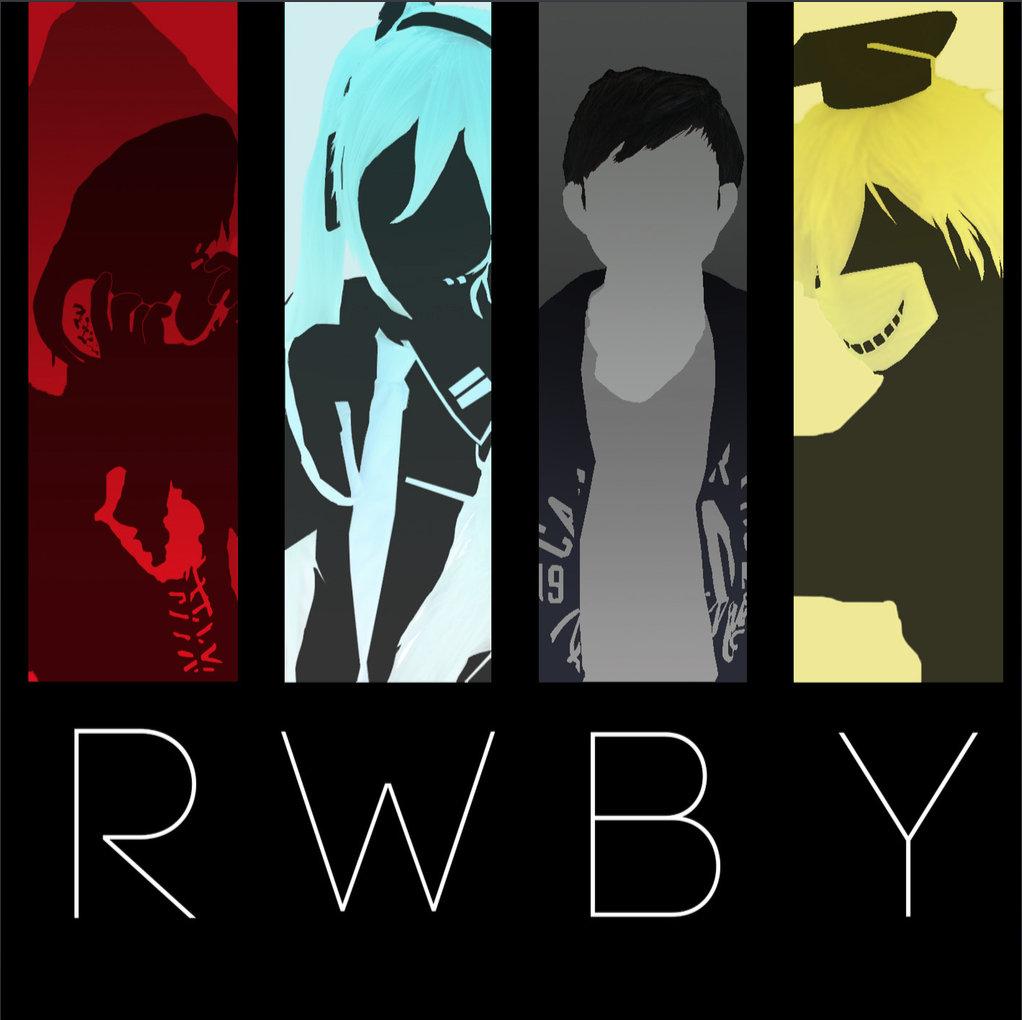 Now for the visualizers themselves. After choosing songs that resonated with me and the album’s theme, with many of them being sung by vocaloids, Japanese vocal programs used to create songs, I chose images that I believed represented the song, with some admittedly being more straightforward than others; see Lonely UFO below, featuring a UFO. This took the most amount of time to create, as I had to figure out how to polish two newly acquired art styles; a digitalization/corruption art style and a low poly art style.

Click Here For A High Quality Version Of The Album 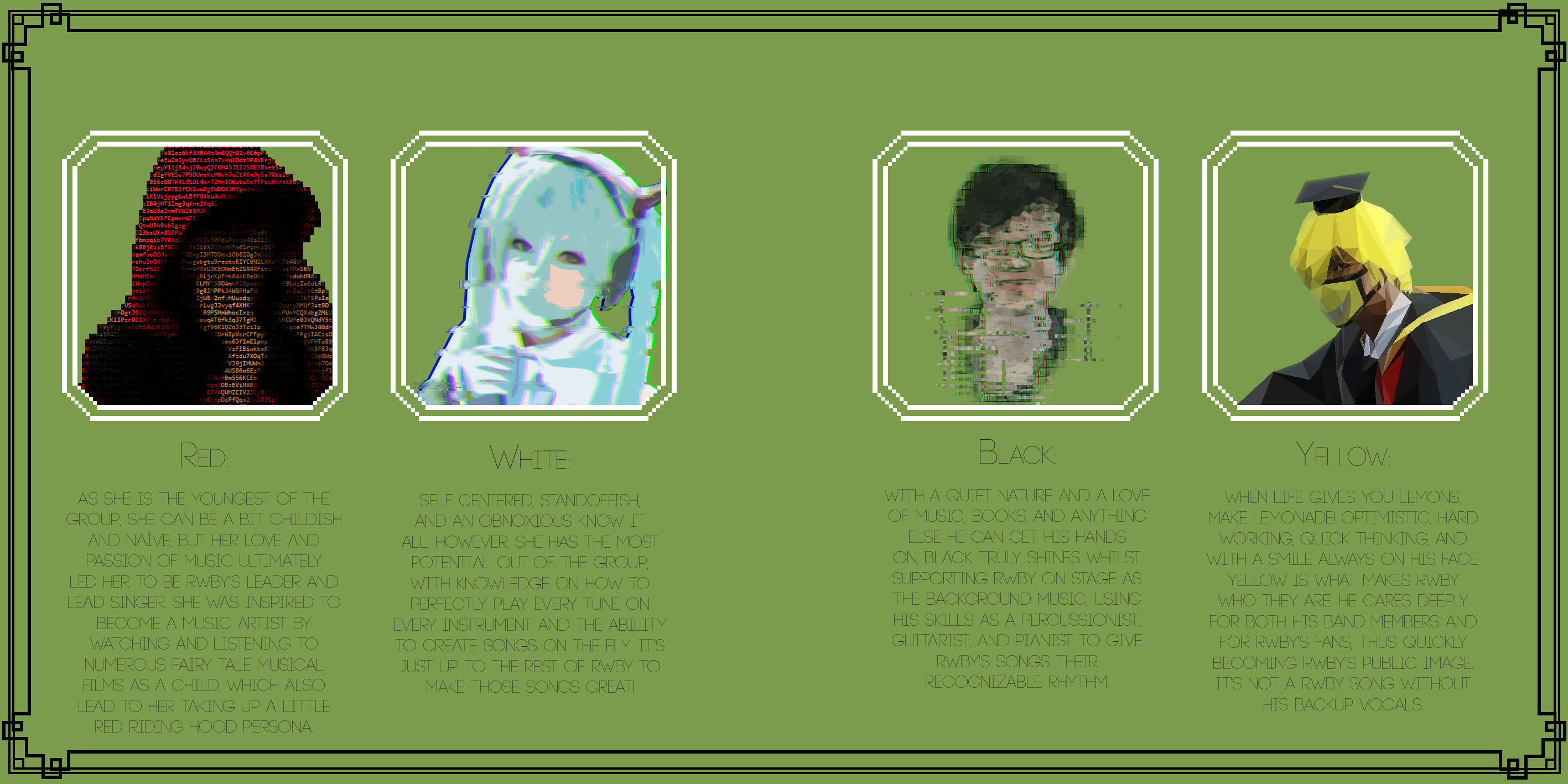 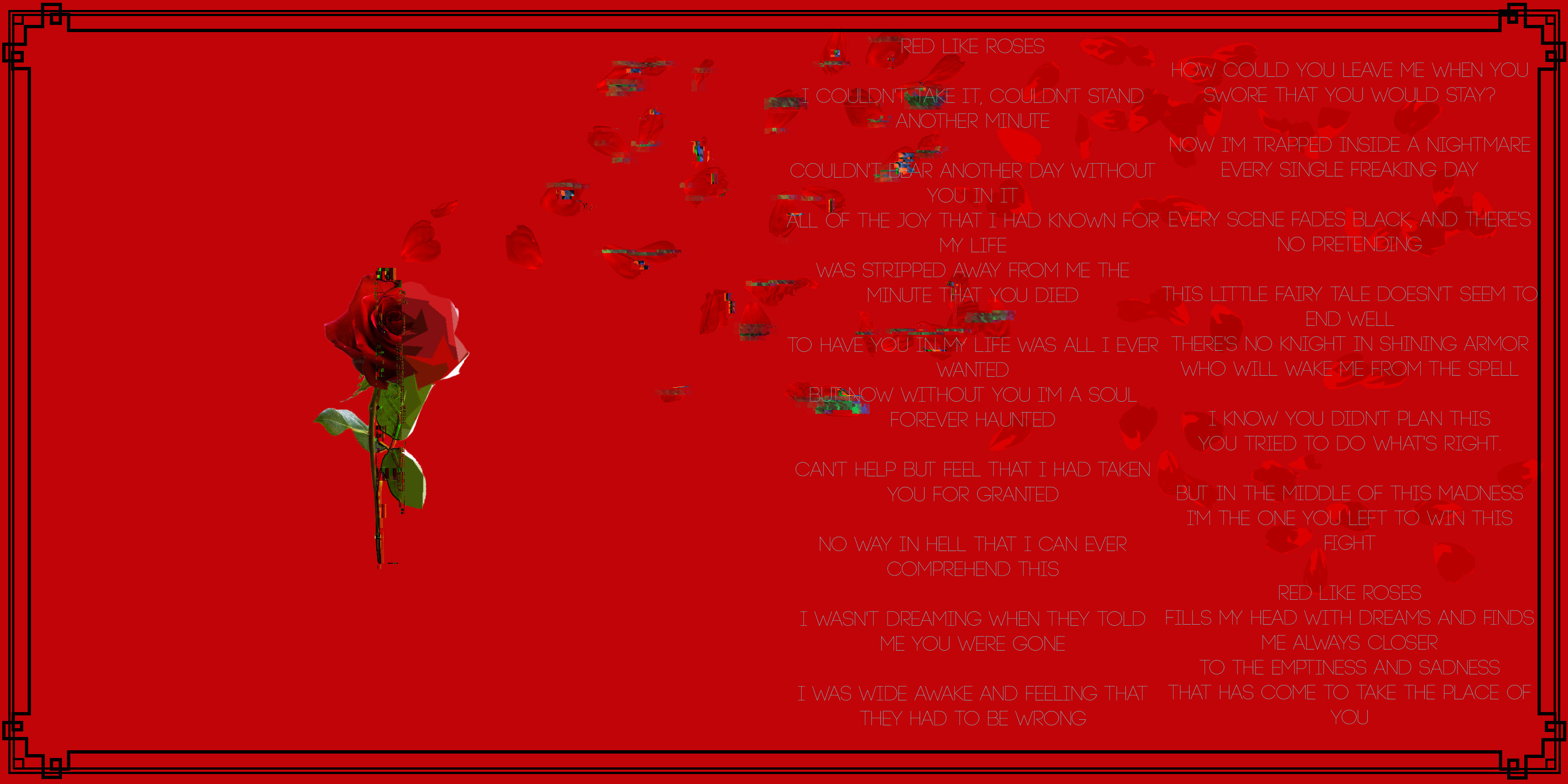 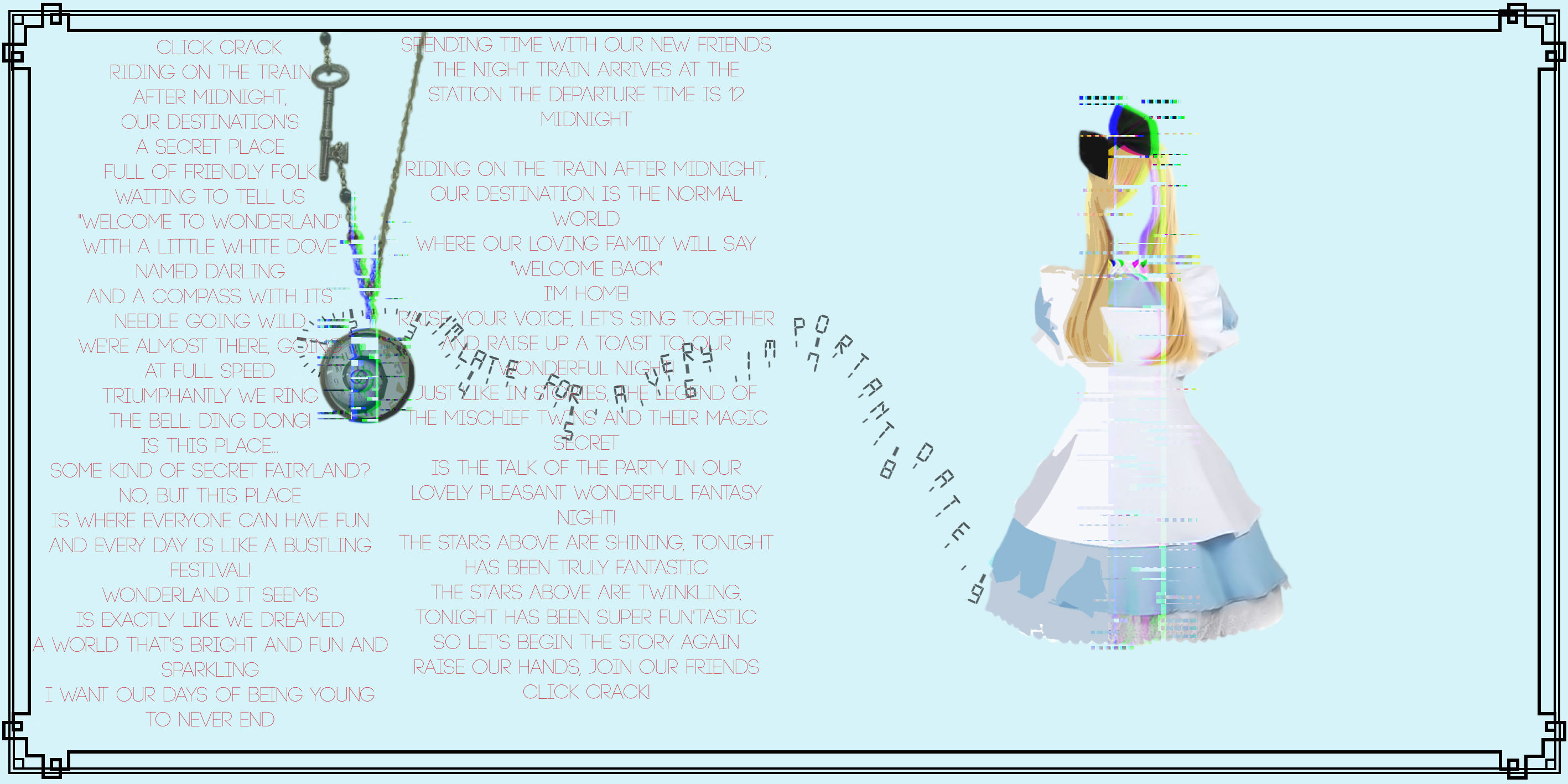 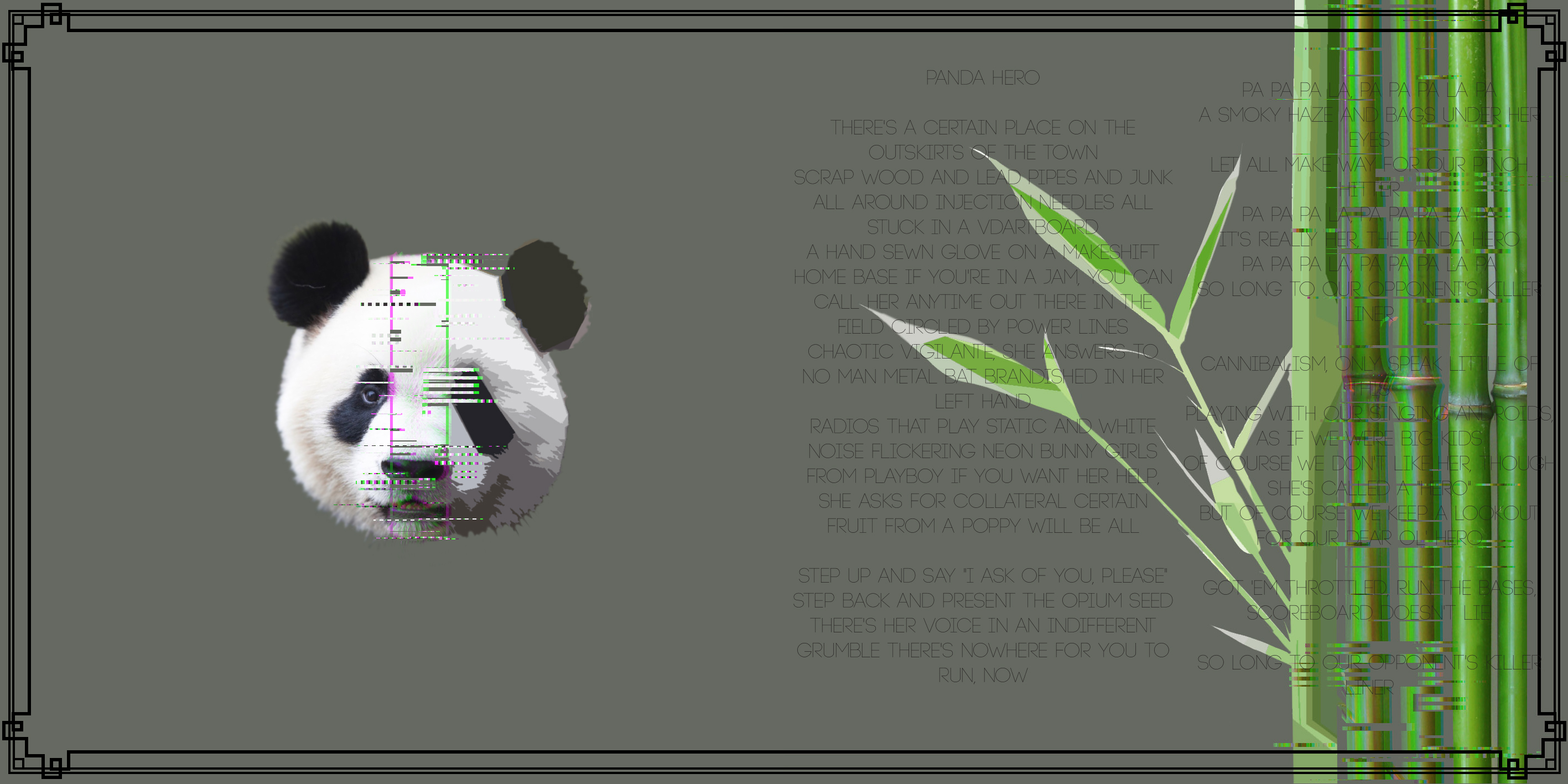 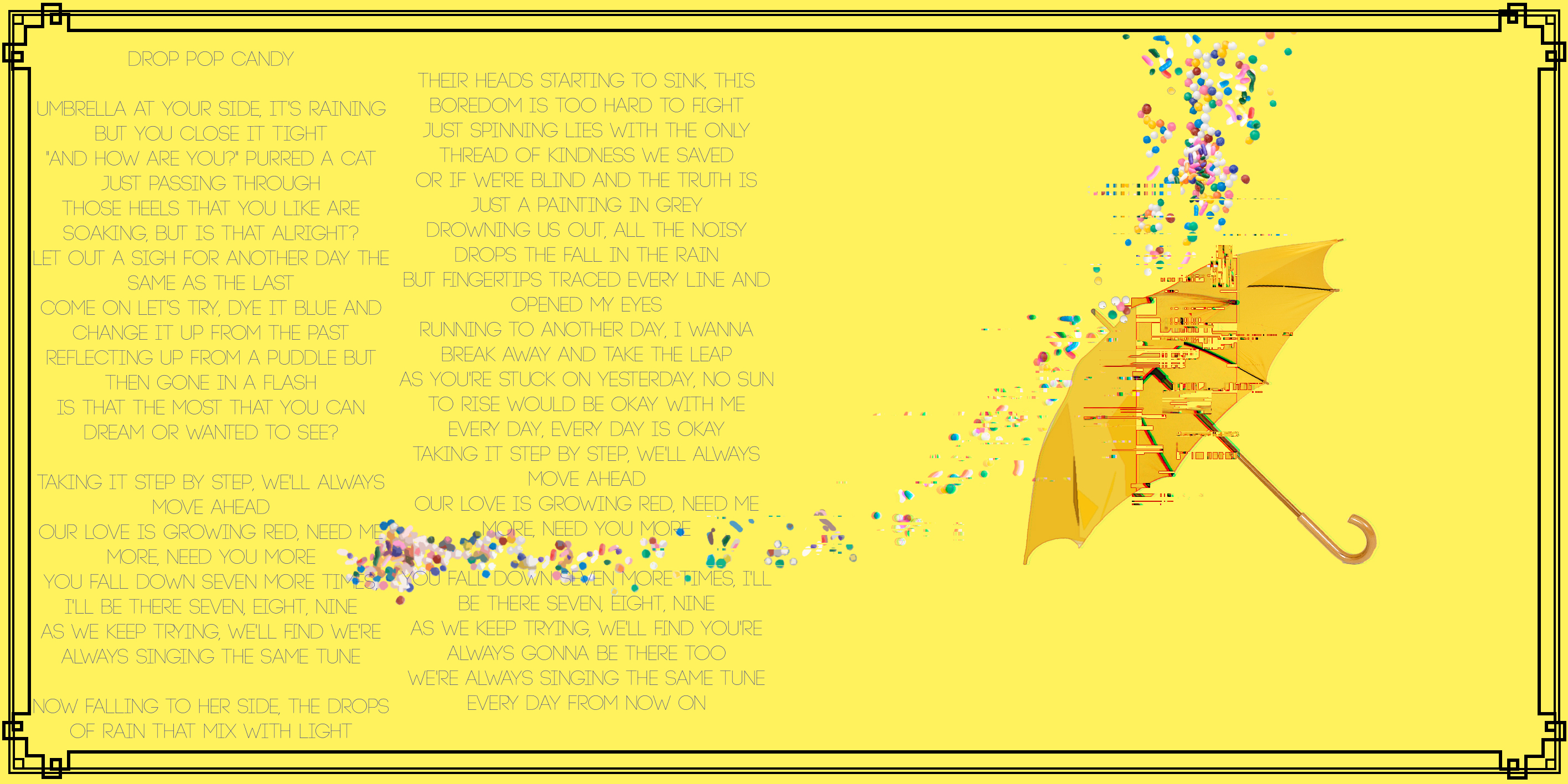 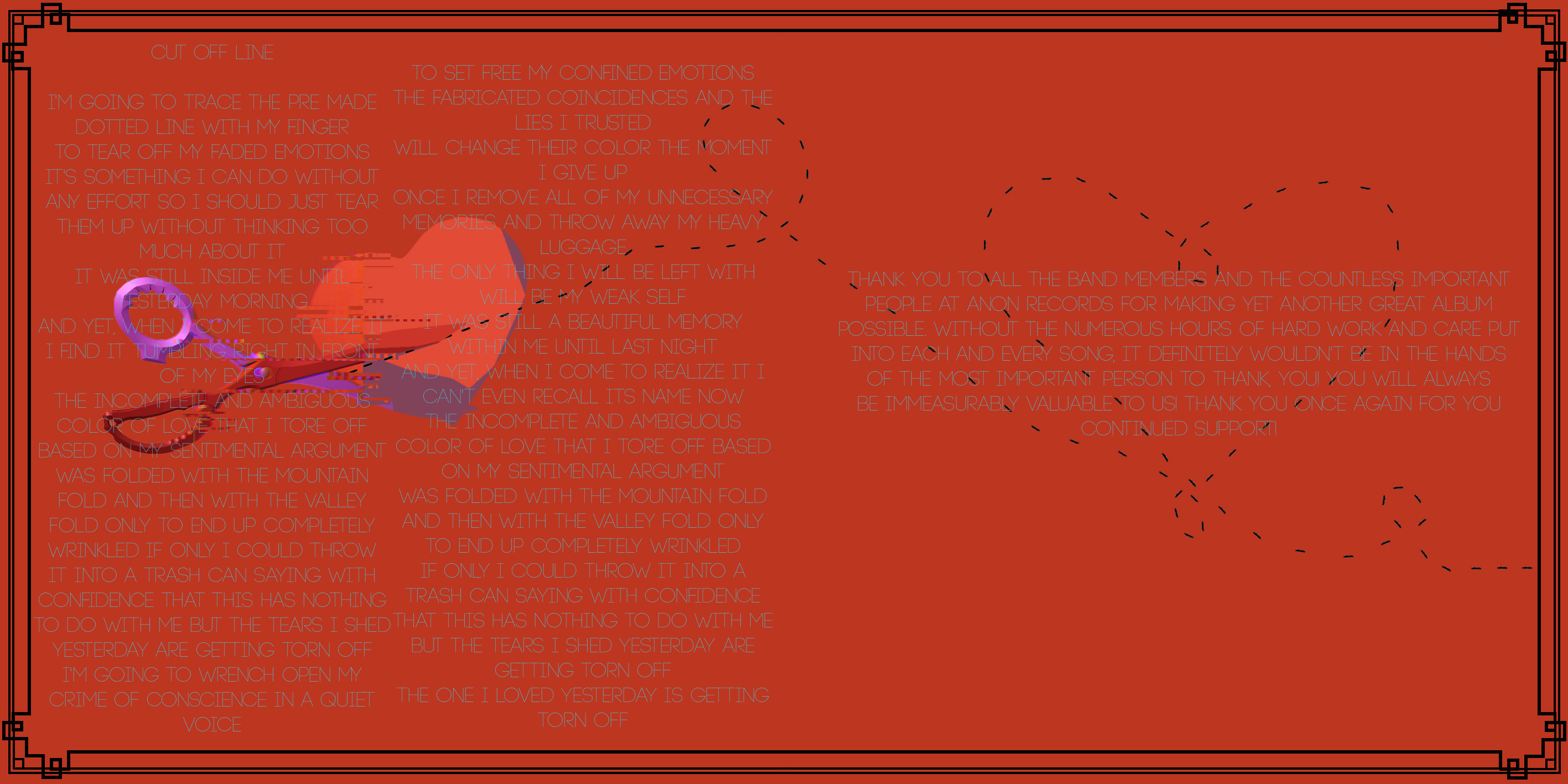 Originally sounding like a fun project where I could flex my artistic skills, I never expected that the project would end up taking a full two months to complete, becoming my most challenging and ambitious project to date. However long and and tedious the album ended up being, it certainly did end up being a fun experience, paying off in the end when I put all the parts together in InDesign, adding text, printing it out, and finally holding the completed album in my hands. This certainly has become one of my favourite projects to work on. 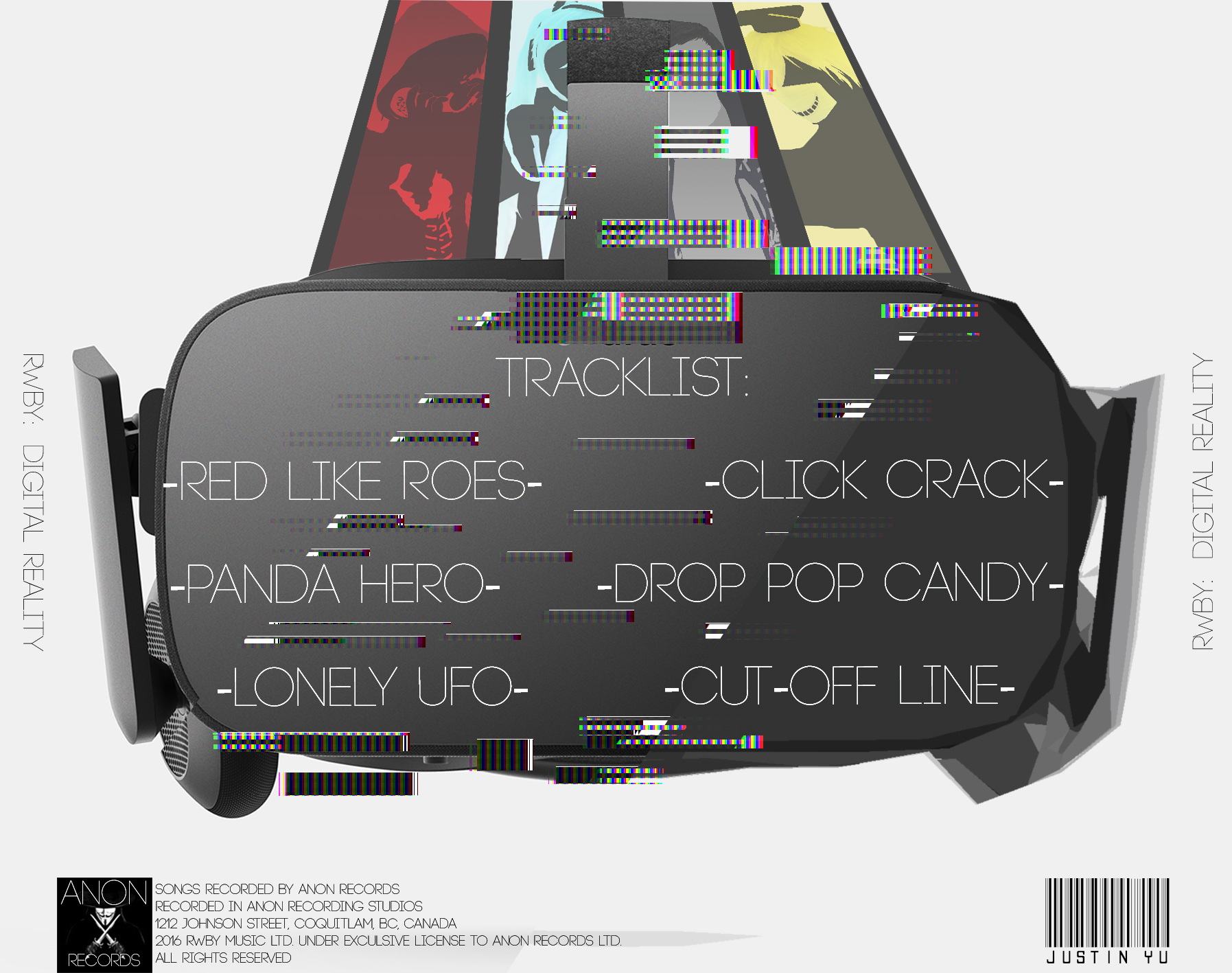